The trickiest part was making the chicken lollipops, the sauce itself took all of 4 minutes to make. Skin a chicken drumstick and grab hold of the fattest part of the meat, scrape it down and turn it inside out over the rest of the drumstick..

For the sauce gently fry and soften the shallots (4), garlic cloves (2) and green chili while you blend the tomatoes (3) with salt and pepper.
Add the toms and dark chocolate (85% cacao) and stir until the chocolate melts. You can also optionally add a handful of raisins..just saying.

Wrap the bones in foil so they don\’t burn and cover the drumsticks with the sauce before putting them into a preheated oven at 200C. Keep an eye on them for half an hour, turning them every now and then until the chicken is cooked through. Serve with any excess as a dipping sauce. 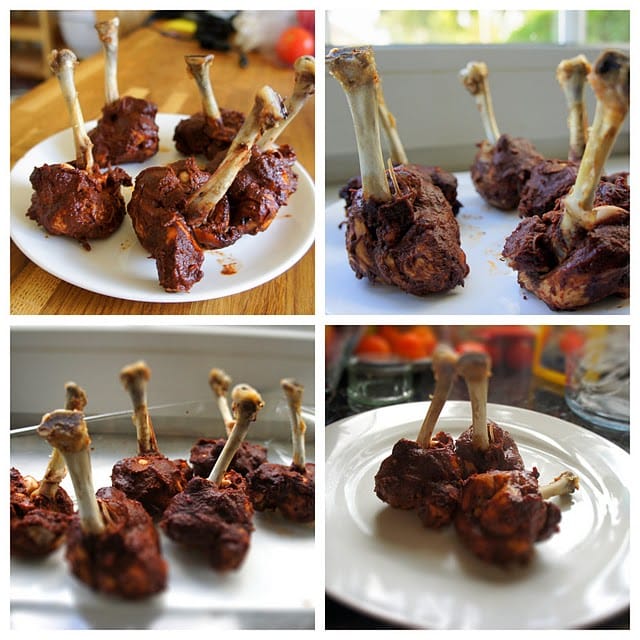